The month of March always starts a
string of birthdays,
that will take place in the next two months!

Our daughter, Kimmy, was born at the end
of March. Her due date was
🍀 St. Patrick's  Day. 🍀
Kimmy,
(Kimberly)
arrived on the 31st. 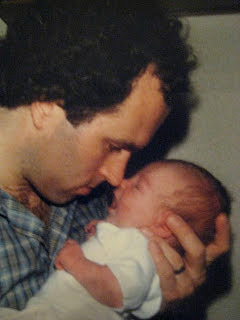 Here she is just one day old,
nose to nose with her daddy. 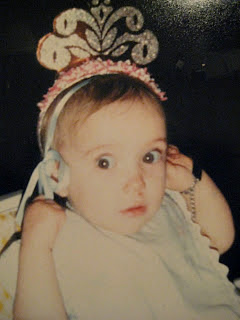 This is a picture of her on her
First Birthday.
I see resemblances in a few grandchildren... 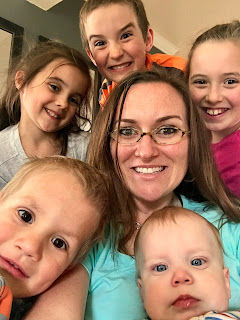 This morning I got a text from Kimmy
telling us to look outside our front door,
to see a Rainbow.
(we live so close that our views
are just about the same) 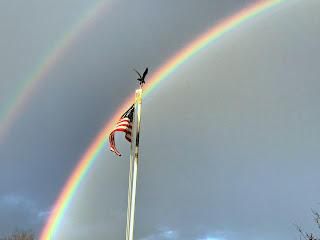 I gasped with wonder!
Tom came flying out to see!

It was the most bold and beautiful Rainbow I've ever  seen.
And it was a double Rainbow! 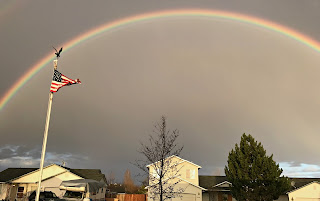 This Rainbow was HUGE! 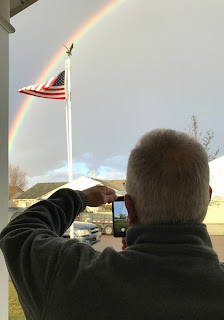 When we ran out of serious pictures,
so we started doing the funny pictures. 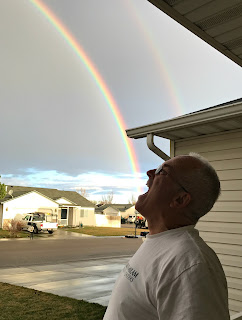 All the while we kept texting
back and forth with Kimmy.

Then she texted us this split shot! 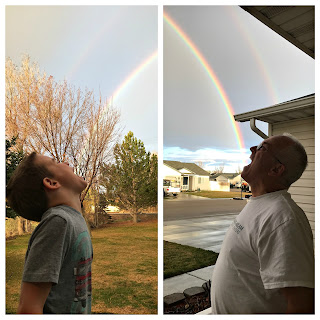 Levi at one end of the Rainbow
and Papa at the other!

What a great way to start our day!

The last picture Kimmy sent me was this... 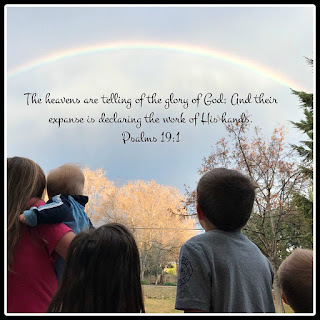 All five of our grandchildren appreciating
God's miracle!

Trey found ALL the stars that I
covered the walls of his home,
before I left.

I mailed his trophy a few days ago,
expecting him to find all the stars.

His reward was to open the package to
get his TROPHY! 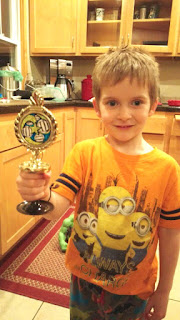 One happy grandson and
one happy Ommie (grandma).

"LOVE YOU MORE THEN THERE ARE STARS
IN THE SKY!" 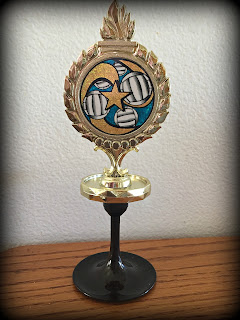 Before we moved away two years ago,
Trey and I plastered
his ceiling with glow in the dark stars.
Now when he looks up from his bed,
he knows how much I love him!
And when we say good-bye to each other
we always say;

"I Love You More Than There Are Stars In The Sky"

Before I left to come home,
I made little STARS on pieces of paper,
then taped them all throughout Trey's house.
He found a few stars before we left and got so excited.
I told him to call me when he finds
all 24 of the stars.

Trey wanted to know, when all 24 stars were found, if he gets a "cup".
His dad explained, he meant a trophy.

So, I did what any grandma would do.
I went to find a trophy!

At the thrift store,
I found a trophy top with a STAR on it!
I added a brass candle holder, which
I spray painted black
Then I just glued both pieces together.

Now, I'm waiting for the phone call from Trey.

Where is that last star?
(I probably should of mapped them out!) 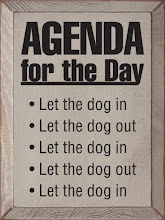 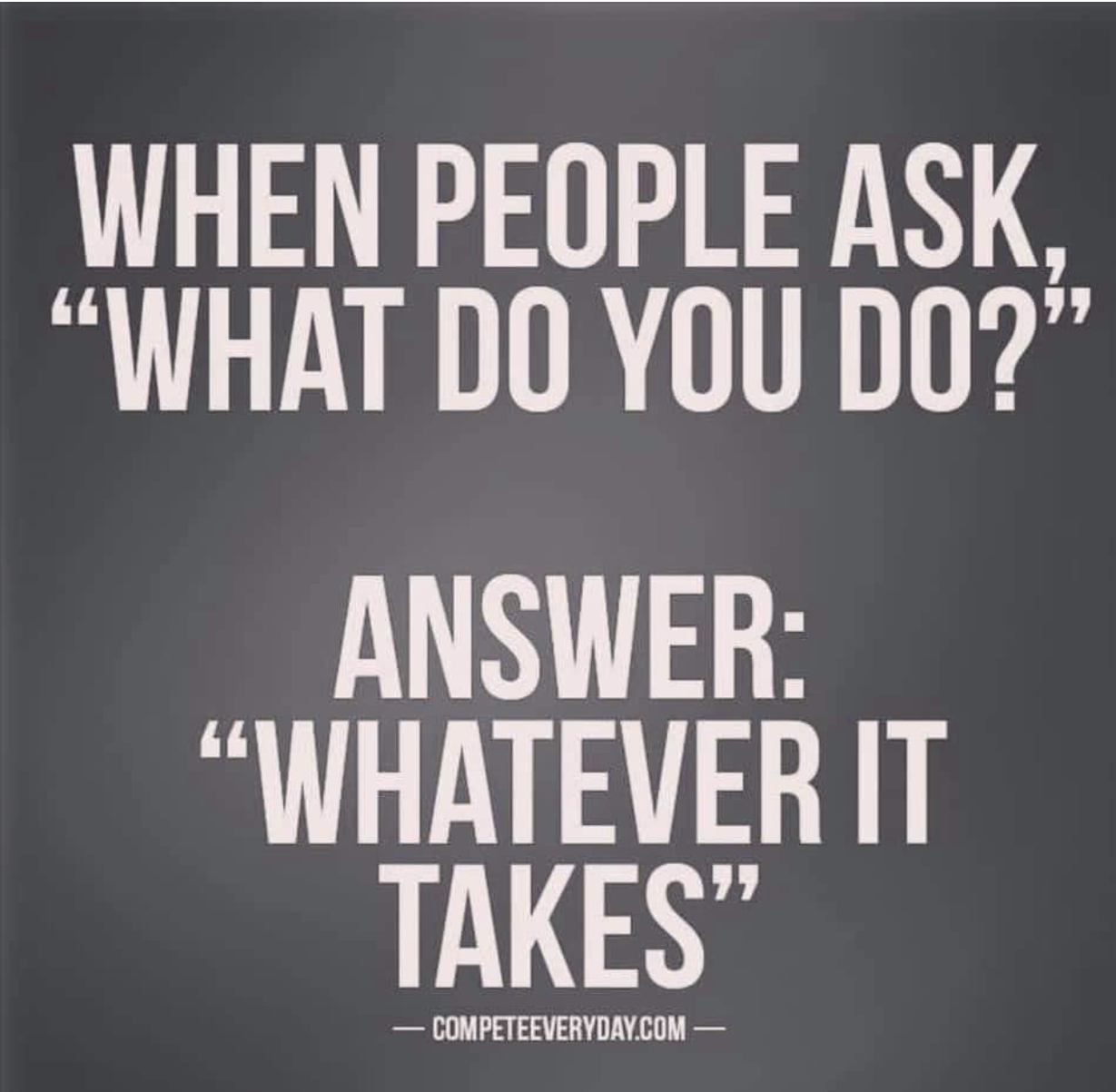 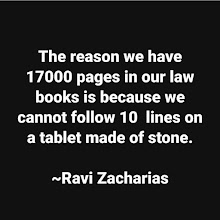